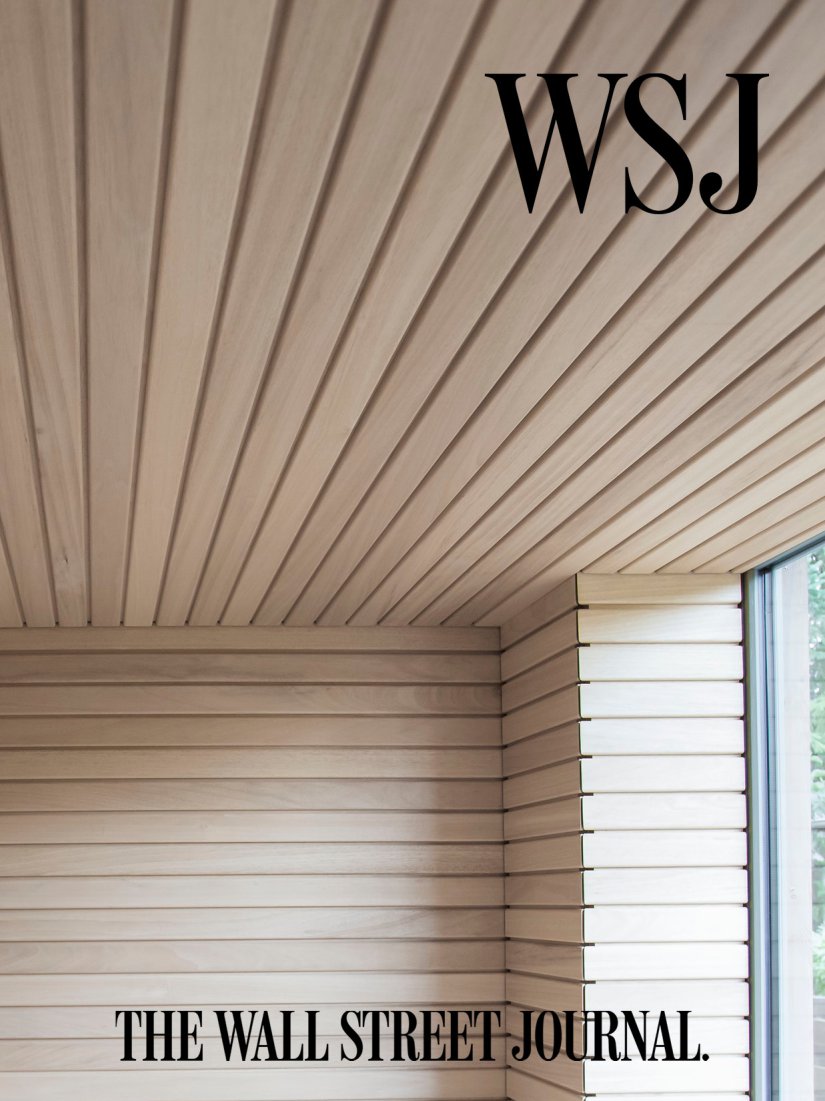 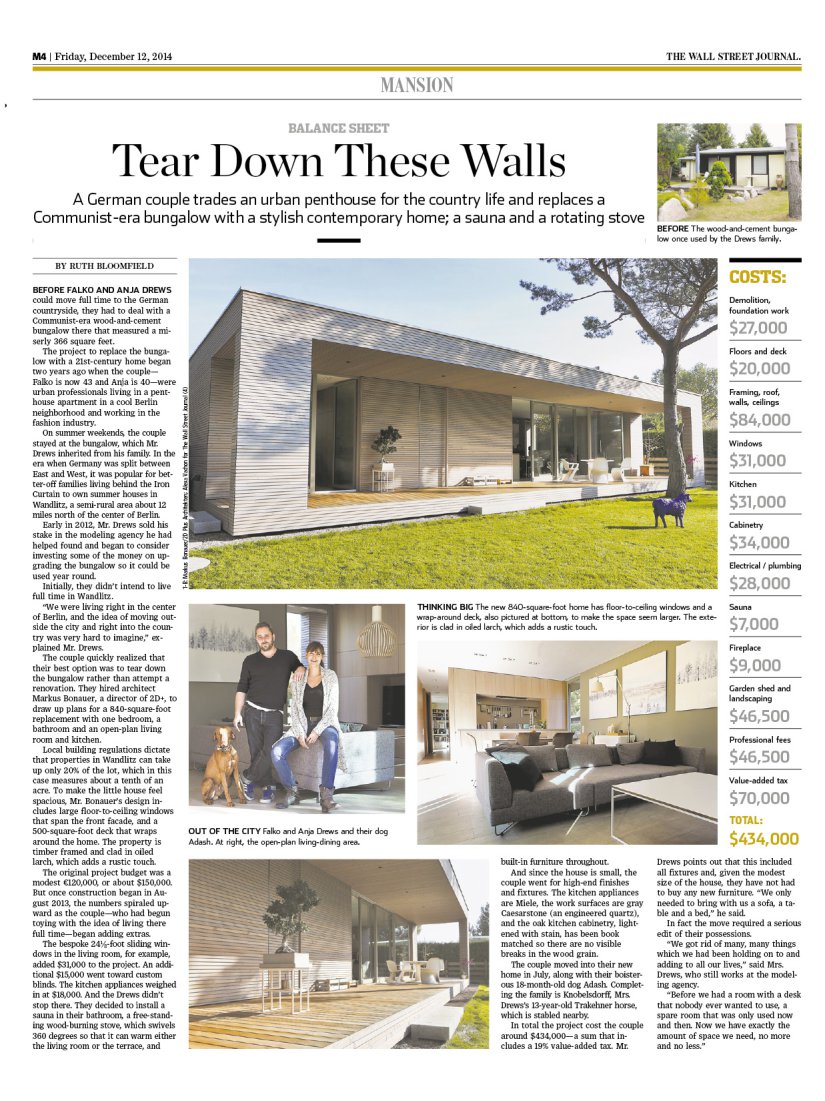 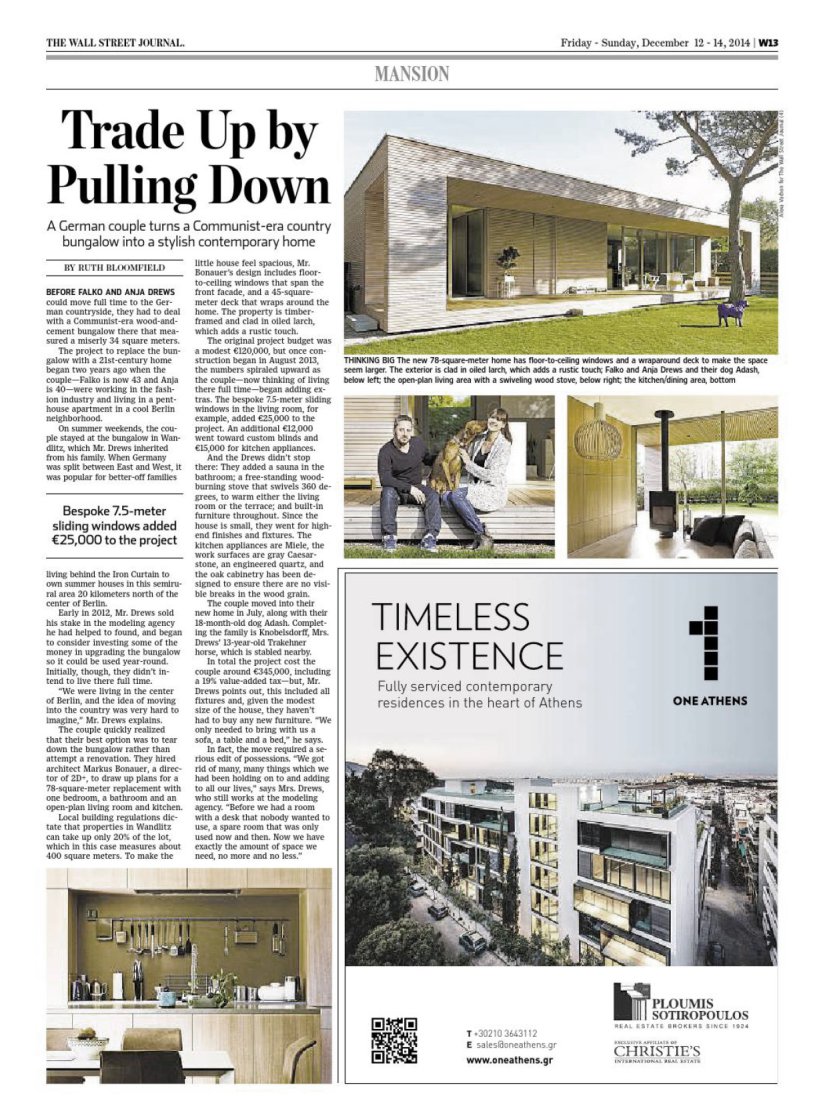 Tear Down These Walls

“Before Anja and Falko Drews could move full time to the German countryside, they had to deal with a Communist-era wood-and-cement bungalow there that measured a miserly 366 square feet. The project to replace the bungalow with a 21st-century home began two years ago when the couple—Falko is now 43 and Anja is 40—were
urban professionals living in a penthouse apartment in a cool Berlin neighborhood and working in the fashion industry. On summer weekends, the couple stayed at the bungalow, which Mr.Drews inherited from his family. In the era when Germany was split between East and West, it was popular for better-off families living behind the Iron Curtain to own summer houses in
Wandlitz, a semi-rural area about 12 miles north of the center of Berlin. Early in 2012, Mr. Drews sold his
stake in the modeling agency he had helped found and began to consider investing some of the money on upgrading the bungalow so it could be used year round. Initially, they didn’t intend to live full time in Wandlitz…. “